Aviation is one of the strongest growing transport sectors and this trend will continue. Biggest and fast-growing air passenger markets are the USA, China and India. In 2019, the total number of passengers travelling by air in the EU amounted to 1,034 million. An increasing traffic volume of about 3% annually is expected. However, due to the Covid-19 pandemic, which resulted in a dramatical decrease of passenger flights in 2020, future development is less predictable. 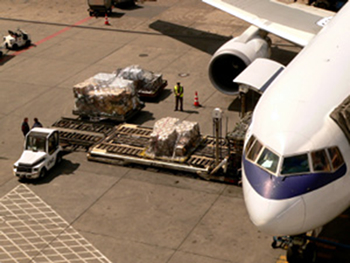 According to Fuels Europe the demand for CAF in the EU amounted to 62.8 million t in 2018. All of this CAF had fossil origin, according to Bioenergy Europe.

For aviation, advanced liquid biofuels are the only low-CO2 option for substituting kerosene, since a high specific energy content is required. Gaseous biofuels and electrification are challenging for air transportation, especially for long distance flights. Advanced biofuels for aviation should use sustainably produced feedstocks to produce a fuel that can be considered as substitute for commercial aviation fuel, while not consuming valuable food, land and water resources.

Globally, a number of airlines have signed biofuel offtake agreements, fifteen airports provide aviation biofuels on a regular basis and more than 250,000 commercial flights have flown on SAF blends. In the EU the annual production capacity of pure SAF amounted to 1,000 t from 2015 to 2017 and increased to 7,000 t in 2018, according to EUROSTAT. Examples for European airlines, with long-term contracts for SAF are Lufthansa and KLM.

Globally, various sustainable feedstocks and conversion technologies for production of biofuels for aviation are currently being developed by research organisations, airlines, fuel producers and aircraft manufactures. In the short term, HEFA appears to be the most promising alternative to supply significant amounts of biofuel for aviation. In the medium term, the most promising alternative is drop-in FT-fuels. Testing of biofuels is crucial to determine suitability for aviation. In the testing process, which aims to maintain the highest standards in safety, biofuels must undergo dozens of experiments in the laboratory, on the ground and in the air.

ASTM-certified biofuels represent no technical or safety problem in flights. Currently, the following biofuel production pathways are approved by the standard:

Aviation is responsible for about 2% of CO2 emission induced by humans and about 12% CO2 emissions in the transport sector. Since 2012, flights entering the EU are required to pay for CO2 emissions due to the EU Emission Trading System (ETS). Sustainable aviation fuels are currently being discussed as an important way to reduce aviation's greenhouse gas emissions. The aviation sector has voluntarily committed itself to CO2-neutral growth from 2020 onwards, and alongside efficiency-boosting measures, sustainable aviation fuels are a key building block.

The estimated current production of sustainable aviation fuels is around 0.05% of current aviation fuel consumption. Some first producers of sustainable aviation fuels worldwide are e.g. World Energy in Paramount, USA, Neste in Porvoo, Finland, Gevo in Silsbee, USA, Total in La Mede, France and Fulcrum in Sierra, USA. The largest share is HEFA-SPK based on fats and oils. The commissioning of additional plants is announced for 2022, which will increase production capacity tenfold.

So far, there is no obligation for the aviation sector to use SAF, and EU emission targets alone only lead to minor increase in SAF production. On 14th July 2021, the European Commission published a proposal for a directive as part of the fit-for-55 package, which provides for binding requirements. According to this proposal, aviation fuel suppliers in all EU member states should provide 2% SAF in 2025. The mandatory share will increase in 5-year steps to 63% SAF in 2050. The details of the directive are still under discussion between the Commission, Council and Parliament.

There is policy at EU level for the production and use of biofuels in the aviation sector and several initiatives have been established: