Starch crops for production of biofuels

Starch-based feedstocks include grains, such as corn or wheat, and tubers such as (sweet) potatoes and cassava. These feedstocks contain long complex chains of sugar molecules. The starch can easily be converted to fermentable sugars. The sugar can then be converted to ethanol or drop-in fuels. The fibrous part of the plants (e.g. wheat straw or corn stover) can be converted to advanced biofuels (see cellulosic ethanol).

In Europe, wheat is currently the main starch crop for bioethanol production. 0.7% of EU agricultural land and 2% of Europe's grain supply is used for production of renewable ethanol [Source: ePure]. The EC has proposed to limit biofuel produced from "food crops" at 7% of energy use in transport, due to concerns about food price and land use impacts. However, recent reports (and the latest statistics) suggest that the impacts of biofuels production from starch crops may have been greatly exaggerated and the many benefits of biofuels (European fuel security, job and wealth creation, production of valuable byproducts, GHG reduction) have not been fully taken into account.

After corn and rice, wheat is the most produced crop worldwide (FAO 2014) with a starch content of about 70%. It is a major food crop but can also be converted to bioethanol. 2.8 million metric tons of wheat were processed to ethanol in 2014 (see EU Biofuels Annual 2016). In the UK, Vivergo opened a 420 Mio litre wheat-to-ethanol plant in 2013 that also produces high protein animal feed as a by product.

Corn contains about 70% starch. In 2014 5.2 million metric tons of corn served the bioethanol business in Europe (see EU Biofuels Annual 2016). Corn is the feedstock for more than 90% of ethanol production in the United States due to its abundance and low price; most ethanol is produced in the corn-growing states of the Midwest. The economic output of the 'renewable fuels industry' is $184 billion. It supports over 852,000 jobs and $56 billion in wages and generates about $14.5 billion in local and state tax revenue every year [Source: National Corn Growers Association, April 2014]. 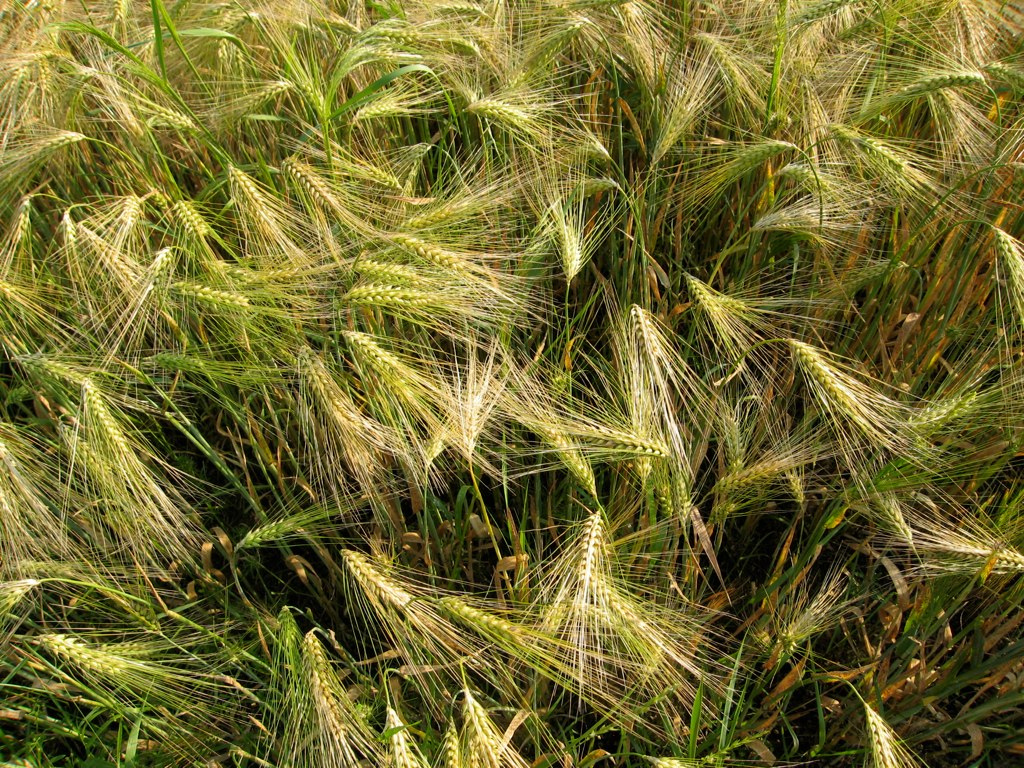 Barley is a winter crop that is planted in rotation with crops such as corn and soybean. It therefore helps to anchor the soil during a time when fields would otherwise lie fallow. It requires much less nitrogen fertilizer than, for example, corn. It shows potential as a biofuel feedstock, particularly in regions where the market for barley is not so big. 541,000 metric tons of barley were used as feedstock for ethanol in Europe in 2014 (see EU Biofuels Annual 2016). The starch content of barley varies between 50 and 75 %.

Rye is a rather robust grain that also grows on poorer soils. Its starch content is about 60 %. In 2014 846,000 metric tons served as biofuel feedstock in Europe (see EU Biofuels Annual 2016).

Millet/Sorghum species can grow on marginal soils, need low inputs and improve soil productivity, and can be used in crop rotation systems as an ameliorant. Their starch content is about 75 %. In 2012, a study by the University of Nebraska–Lincoln compared ethanol production from millet cultivars and advanced breeding lines with that from normal corn and “highly fermentable” corn. Fermentation efficiencies in the tested millet varieties ranged from 84 percent to 91 per cent compared to 97 per cent from the highly fermentable corn hybrid. 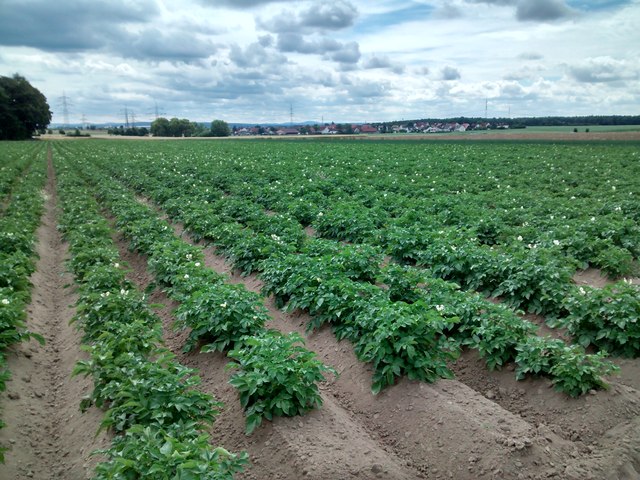 Potatoes contain up to 19 % starch. In recent years, the food versus fuel debate, has focused attention on the use of waste from potato processing industries as a biofuels feedstock. For example, see Bioethanol production from Potato Peel Waste (PPW).

Cassava is an important food and feed crop in many tropical countries. It can also be cultivated on drier or poorer soils. Under good gowing conditions, yields can be as high as 150 tonnes/ha. Cassava contains circa 40 % of starch. China is a big promoter of cassava as biofuel feedstock. The USDA gain report published that in Thailand, the amount of ethanol produced from cassava was expected to double to 3 million tonnes in 2015. In October 2013, China New Energy Ltd announced a partnership with Sunbird Bioenergy Africa Ltd to build a cassva-to-bioenergy refinery in Nigeria (with a potential 9 more to follow). Mozambique also has a cassava-to-ethanol facility in operation. 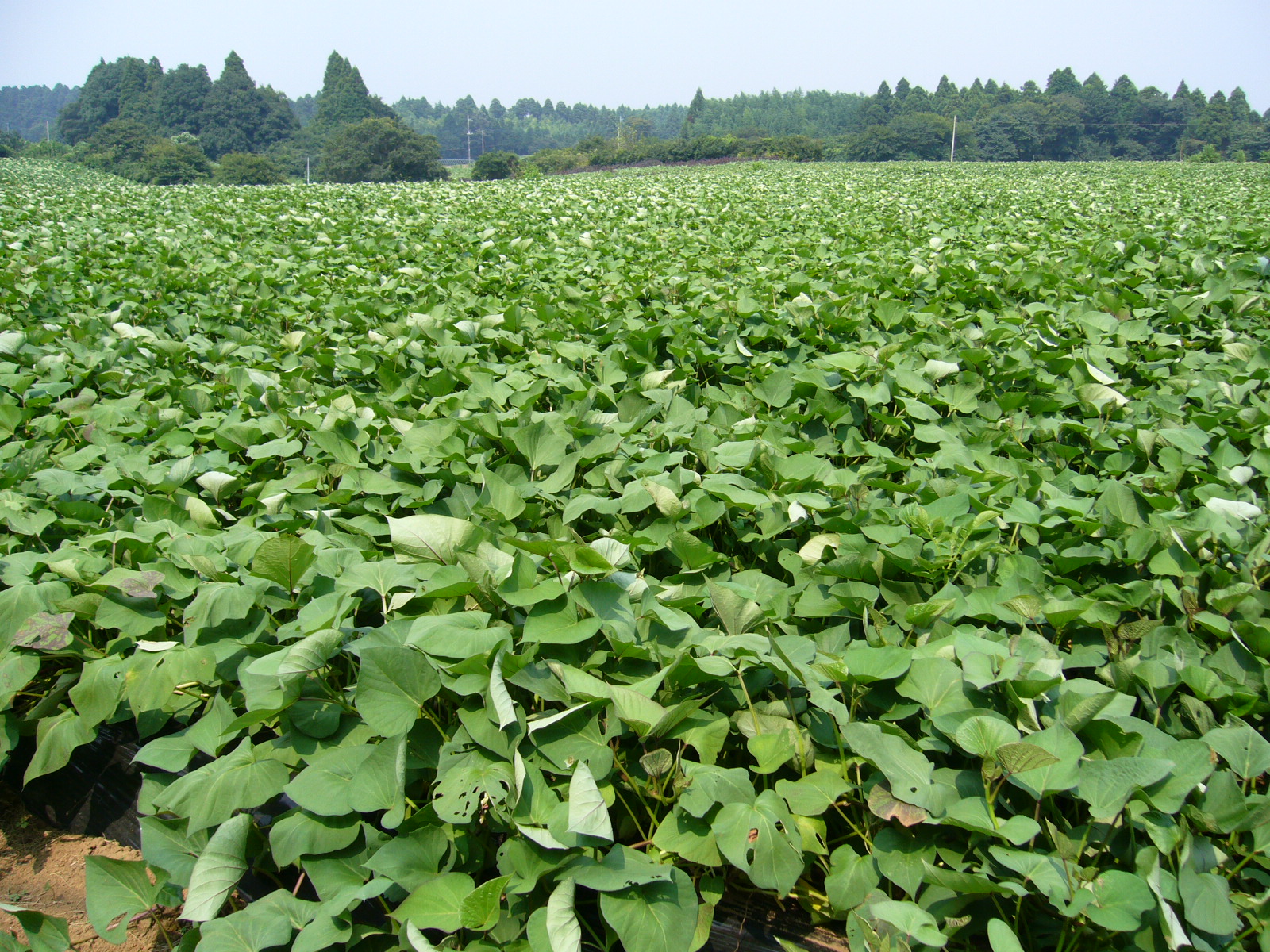 Sweet potatoes can be cultivated in tropical or warm regions and offer relatively high ethanol yields since their starch content is about 70 %. The potential of sweet potatoes as a feedstock has been investigated for many decades [See Dehydrated Sweet Potatoes for Ethanol Production, Jump et al, 1944]. A USDA study in 2008 suggested sweet potatoes may offer three times the yield of corn (in terms of ethanol per hectare). However, researchers at North Carolina State University have suggested that production costs of ethanol from sweet potato are "ten times those for corn". Worldwide, China is the biggest producer of sweet potatoes, and is active in their conversion to fuel ethanol [See High Performance Technologies for Ethanol Production from Sweet Potato, Zhao hai, Chengdu Institute of Biology].

Research on conversion of starch to sugars

A research team from York University, UK, CNRS Marseille, France, University of Copenhagen and Novozymes, Denmark, and the University of Cambridge, UK published a study on lytic polysaccharide monooxygenases (LPMOs), which can convert starch to sugars. The work is part of the project CESBIC - Critical Enzymes for Sustainable Biofuels from Cellulose, funded by the European Research Area Industrial Biotechnology network.