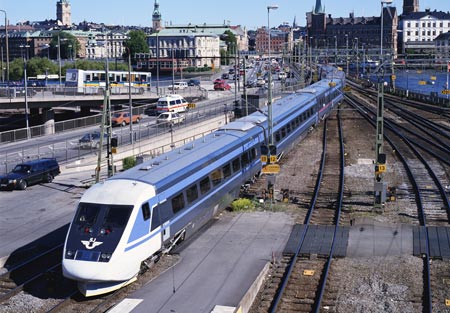 In rail transport various alternative fuels could be used, such as liquefied natural gas, electricity, liquid biofuels and hydrogen (see figure 1). As the highly travelled parts of the railway network are electrified, the majority of alternative fuels in rail transport comes from renewable electricity. Only 20 % of EU railway operations comes from diesel traction (UIC 2007), and for this share biodiesel could be an alternative fuel. Other biofuels are of secondary importance, possible fuels would be BtL and HTU diesel, biogas and biomethane, bioethanol and biobutanol and biomass used for electricity generation in CHP systems. 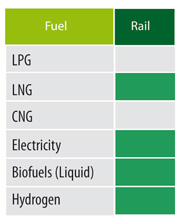 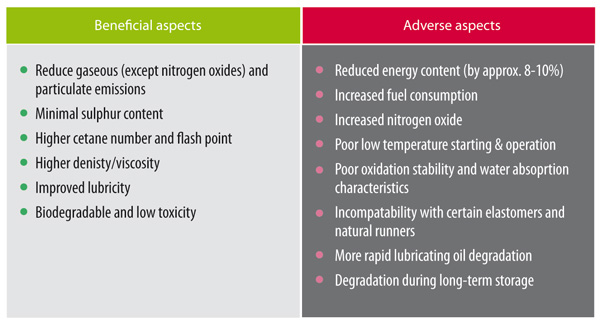 Most engine manufacturers appear to be willing to include B5, but they are less willing to include use of higher blends like B10, B15, B20 or even B100 (UIC 2007). Additionally tax incentives for biofuels are not so significant, since rail often pays relatively less duty on its fuel compared to road transport. Therefore it would be quite a challenge to enhance biodiesel use in rail transport.

Rail transport is one of the transportation modes which will be strengthened and increased in the future. The EU set ten goals for a competitive and resource efficient transport system for achieving the 60 % GHG emission reduction target. One of the goals is that 30 % of road freight over 300 km should shift to other modes such as rail or waterborne transport by 2030, and more than 50 % by 2050. Another goal concerning rail transport is that by 2050 a European high-speed rail network should be completed and the majority of medium-distance passenger transport should go by rail (COM (2011) 144).

Trials and use of biodiesel in rail transport globally

In 2010/2011 Amtrak began a one-year trial of B20 in a diesel locomotive opreating in the southern states of the US. Montana State University carried out a similar trial on the BNSF railway in 2011. The trials could help establish a mandate for use of biodiesel blends in locomotives in the US.

References and links of biofuels and rail transport

In 2007 the International Union of Railways UIC in association with the UK Association of Train Operating Companies ATOC published a short report Railways and Biofuel. The reports concluded: "Test results from railways in Europe and India reveal that biodiesel is technical feasible for use in railway traction units engines in lower blends. However, there are potential disadvantages of using higher blends, e.g. increased fuel consumption and lower engine power." UIC also organised the first ‘Railways and Biofuel Workshop’ in July 2007.