Hydrotreated vegetable oils (HVO) commonly referred to as renewable diesel and hydroprocessed esters and fatty acids (HEFA) are produced via hydroprocessing of oils and fats. Hydroprocessing is an alternative process to esterification to produce diesel from biomass.

HVO/HEFA are straight chain paraffinic hydrocarbons that are free of aromatics, oxygen and sulfur and have high cetane numbers. HEFA offers a number of benefits over FAME (Fatty Acid Methyl Esters), such as reduced NOx emission, better storage stability, and better cold flow properties. Hence HEFA can typically be used in all diesel engines. Also the use as an aviation (bio jet) fuel has been approved.

Commercial production of HEFA/HVO is carried out by Neste Oil in Europe and Asia, and by companies such as Renewable Energy Group Inc, US. The main focus is now on feedstock diversification (see figure below showing increase in use of waste oils and fatty acids as a feedstock by Neste Oil).

Neste Oil has developed the NexBTL process for production of "Renewable Diesel Fuel". The company has 4 facilities (Finland, Singapore and Rotterdam) that are able to produce HEFA from a wide range of oils. The crude palm oil used by the company to produce renewable diesel today is 100% certified and traced back to the plantation where it originally comes from. A major challenge is sourcing and certifying of alternative feedstocks, such as Used Cooking Oils. In April 2014, Neste Oil introduced its own sustainability verification system (approved by the EC) to accelerate the utilisation of waste oils and fats.

In April 2015, Total S.A. announced an investment of €200m to convert the La Mède oil refinery in southern France to a biorefinery producing renewable diesel from UCO and other feedstocks.

In March 2014, Eni announced plans to convert its refinery in Porto Marghera, Venice into a "green refinery" to produce HVO ("green diesel"), using the Ecofining™ process, a system developed in the San Donato Milanese laboratories in collaboration with Honeywell-UOP and then applied to the catalytic hydro-desulphurisation section of the Venice refinery. The facility would be able to produce HVO as well as naphtha, LPG and, potentially, bio jet fuel. The plant aimed to start producing 300,000 tonnes of HVO in 2014 using palm oil, but in future plans to use waste animal fats and oils, algal oils and other wastes as feedstocks.

Ecofining™ is a two-stage process:

In May 2015, Eni confirmed that it had converted its Venice refinery to the production of high quality bio-fuel from vegetable oil and biomass.

Ecofining™ has also enabled Eni to supply biodiesel for the Italian navy’s offshore patrol vessel Foscari, the first example of its kind in the world.

HVO/HEFA production in the United States

Companies in the United States, such as Renewable Energy Group Inc also produce HVO on a commercial basis.

In 2013, the Four Motors motor racing team, Germany, worked with UFOP on trials of an "Rmax" blend, composed of equal parts of rapeseed methyl ester (biodiesel) and rapeseed oil-HVO. The race car is a Volkswagen Scirocco, dubbed "BioRocco", which is constructed from biocomposites and biopolymers. 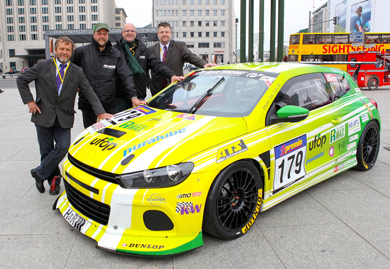 Use of HEFA as an aviation fuel

HEFA is approved for use as an aviation fuel under ASTM D7566-14, Specification for Aviation Turbine Fuel Containing Synthesized Hydrocarbons. A revised standard was approved on July 1, 2011 allowing up to 50 percent bioderived synthetic blending components (HEFA) to be added to conventional jet fuel.